Looking for a Norwich Actor? Let’s Work Together.

Check out my previous work over on my acting portfolio. page. I have worked on a range of productions for theatre including Shakespeare, Noel Coward and portraying Margaret Thatcher in Moira Buffini’s ‘Handbagged’, to being one of Santa’s Elves for Santa’s visit at Christmas, a Halloween rat and Promenade Street theatre narrator/lead.

I work regularly as a simulated patient / medical role-player to assist students in their communications training.

I occasionally work with filmmaking students at the Norwich University of the Arts, acting in short student films and have also recorded a voiceover for a documentary-style film.

I also work as a background artist. If you have a sharp eye, you might spot me in a TV series or few, in American documentary series on channels such as CNN and Discovery ID.

If you are looking for actors in Norwich or the Norfolk region, or thereabouts, get in touch.

Equally, if you’re looking for a supporting artist in Norfolk, (Yes, I do that too. A girl’s gotta eat, you know), then message me…

Get in touch with Marie
Check out Marie’s acting CV

Marie was awarded an Arts Council Funded Free Read with The Literary Consultancy, by the National Centre for Writing in Norwich

I have been incredibly fortunate to have had diverse experience in work and play, providing me with a range of skills, from working as a Paintball Marshall and playing semi-pro sup-air paintball tournaments, competing in martial arts (Shotokan and Taekwondo), working in the Special Constabulary, taking part in corporate boxing, climbing and mountain biking.

I am available for:

Born in Norwich, Norfolk, Marie Cooper performs around the East Anglian area of the UK and beyond. She started her acting career in open-air theatre in the beautiful parks and green spaces of Norfolk.

She completed the Norwich Theatre Royal acting course and rapidly and voraciously grew her varied portfolio of work. She has been incredibly fortunate to train with The John Wright Clowning School, Berlin’s TheatreFragile, Teatro Strappato and had voice and movement training with the Royal Shakespeare Company.  Marie completed her Master’s degree in Creative Entrepreneurship at the University of East Anglia in Norwich in 2018.

Enjoyed working with Marie?
Something you think she should work on?

Things have been tough for artists since Covid-19
severely impacted the creative community.
If you want to feel all warm and fuzzy inside and help support
my work you can buy me a coffee… 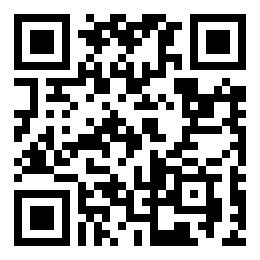 Scan the QR code or copy the address below into your wallet to send me some Dogecoin. To da Moon!

Wow! Much support? Very currency. Such good coin. So crypto. Many wants.
To da moon!